So I went to see the Bishop of Southwell to ask if he could let me have an object and a story about hope. He had three. The first was a shepherd’s stick that he was given by vicars in Rwanda during his first visit there in 1997, only three years after the genocide. It is an object that he keeps in his study with him because he is a regular visitor to the country and there have been huge advances in the reconciliation work there. The second was a cross that he acquired as a seventeen year old when he first became drawn to Christianity and which his wife discovered in a box a few days before he was asked to become the Bishop of Southampton. This has become the cross that he wears – as all Bishops must. It is made from horseshoe nails. And the third was this, the crook that has been passed down over a hundred years by the Bishops of Southwell. He had never put it together before, someone else does that (the verger – they polish it too). It goes together like a snooker cue. And he would normally be wearing his Bishops garb, so this is an unusual photograph. It’s solid gold. We couldn’t work out what the stones were that are inlaid in it. My wife would know; she works with things like that.

We sat together and spoke looking out onto this garden. It was a conversation lasting around forty minutes. The stories he told me about Rwanda were very moving. And he told me that hope – or Hope as I think I want to call it – gives people energy to do things, as they have in Rwanda.

I wasn’t expecting to take an object away with me. The first two were much too valuable as personal items and the third – well I would have looked daft travelling back with it on the bus anyway. But he said that I could. I could take the stick or the cross, it was up to me. I chose the stick; the story behind it seemed to make more sense perhaps given that I will be taking it to a country that has also gone through a civil war. And so it is now in a jiffee bag just above the computer on which I am typing this. One of the men who gave it to him is now the Archbishop of Rwanda. And so this story and this exchange will now travel in some way to that country, and probably to Lambeth when all of those Bishops meet up sometime soon to choose their own new Archbishop.

I feel very honoured. And very thankful. And it has given me renewed hope in this project just as I was struggling to arrange events in Kosovo (which have now been resolved).

That night I caught the end of The Shawshank Redemption. ‘Remember Red hope is a good thing, maybe the best of things’. 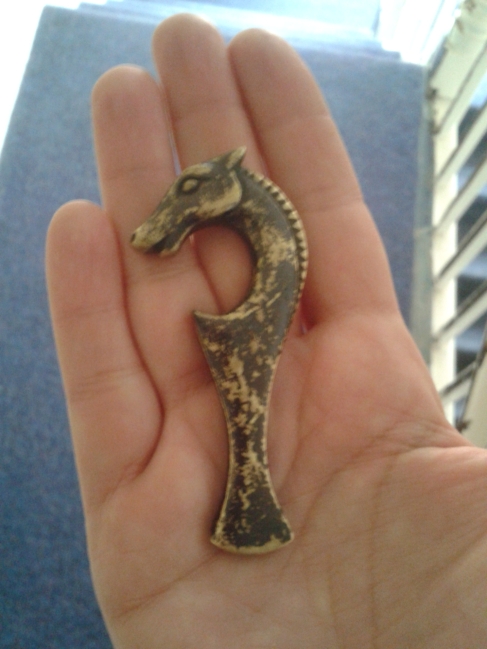 This is from Imogen Joyce.

I won’t tell you the story yet, but I once worked in a hospice and a lady called Connie told me this …

I have a pot shire horse that my husband bought just after we were married and I don’t think that I’d part with it, even though bits of the harness and collar keep falling off. I haven’t a clue where he bought it from but one day he just walked through the front door carrying it.

It’s the one thing that my fifteen year old Grandson wants to have. It’s the only thing that he’s ever asked me for. And he’s been asking ever since he was ten.

It was a spur of the moment thing, my husband buying this horse. It was his, not mine; but I loved it.

He used to be a horseman. He drove horses and wagons for a firm that used to sell feed for the farms. He was on that job for a long time after we got married.

There were two horses that drove the cart. I used to go along with him sometimes, to the different farms, when I was expecting my first baby. You always got a cup of tea and a piece of apple pie or something like that.

It’s been standing there for around sixty years, that horse. I keep dusting it and putting it back. It used to bring back memories but you get used to it. You get used to living on your own. 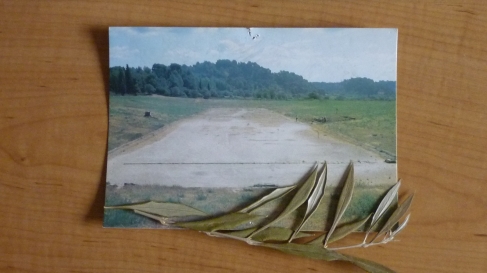 Nick Wood sent me this picture and a story a couple of days ago. It’s a postcard of the Stadium at Olympia and a leaf from an olive tree that stood close to the entrance. ‘I look at them when I get stuck. When the work isn’t going anywhere. When I feel useless. When nothing has any point.  When I’m too pleased with myself.  When I’ve been over praised.  When I’m in danger of feeling satisfied’. 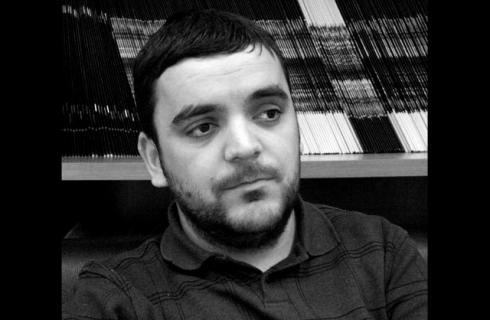 This is Arian, who will be organising the ‘event’ in Pristina. I have worked with him before, along with three other writers, on an audio project called ‘When You Whisper I Imagine’. It’s right here.

I used to watch this programme on our old black and white television as a child. And the romance of travelling on trains has stuck with me ever since. I think it’s where this began.

I have just spent an hour on the phone with a German rail company as I plan my journey to Kosovo. My aim has been to make the entire trip by train but having gone through the schedules it looks as though it will be easier to fly to Paris and then catch trains across central Europe.

It’s a trek. Paris to Munich, a night train to Budapest, from there to Belgrade and then another night train to Skopje. They couldn’t find Pristina on their system but there is one train a day that I think leaves Skopje in the afternoon. If all goes to plan I will leave Nottingham early to catch the Paris flight from East Midlands at 6.45 on Tuesday April 17th and will arrive in Pristina on the evening of Thursday 19th.

I have decided to book both of my sleepers in a two berth. My thinking is that if its a three berth I may end up sharing with two friends and would feel less likely to engage in conversation perhaps. But with a two berth there’s no escaping me (or him/her, presumably a him, how do they decide this?)

And so now I am awaiting confirmation from Pristina – that the ‘event’ will take place on Saturday 21st. And then I will fly back on Tuesday 24th, which will give me four full days in Pristina to meet and talk with writers and theatre makers.